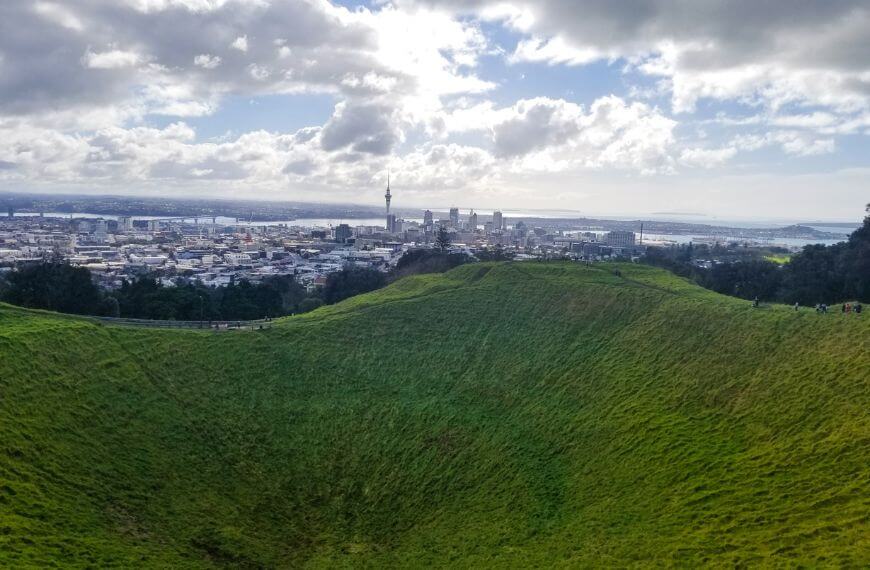 The Mt Eden summit trail (also known in Maori as Maungawhau) is a short walk up a dormant volcano to see stunning views of the city below. It’s one of 50 volcanoes in the Auckland region and a favourite walk amongst locals and visitors.

The panoramic views you get of the auckland CBD & skyline as well as the surrounding suburbs is breathtaking. And the best part? It is a really short trail so it won’t take up much of your day!

If you’ve been following my blog for some time, you’ll know I always look for hikes during every trip. This is up there as one of the easiest ones to access from a downtown hub that didn’t require much effort. (Much like the Mount Maunganui walk in Tauranga!)

Some of the links in this post are affiliate links. This means if you purchase something through my links I may make a small commission at no extra charge to you.

Located near the centre of Auckland, the Mt Eden summit trail is easily accessible for everyone. It’s located just south east of the CBD. There are multiple park entrances but the main park access is just off of Mt Eden road.

If we use the Auckland harbour as our downtown midpoint then it would take you just 10 minutes to reach the car park. If you account for rush hour traffic then it could take a little longer. There are not many places you can stay in a city and still be that close to a volcano!

You can access the trail’s car parks from either side of Puhi Huia Road. No matter which entrance you take, you’ll reach a small parking area after a few moments. There are only a few spaces available so if you arrive here during the summer or weekends it can be hard to compete for a parking spot.

Pro tip: If the car park is full, there is street parking available along Mt Eden road during certain hours. It is only a short walk from this main street to the trail.

For those planning on staying at the Mt Eden summit for a little bit longer, you’ll be pleased to know there are public bathrooms at the base of the trail. These are only open while the car park is open so make sure you time your visit and don’t try to enter after the gates close.

Towards the top of the summit there are a few benches for people to sit on. These are a good place to sit to look at the views.

The summit is at an elevation of 196 metres above sea level. The crater is 50 metres deep! This may not be the biggest volcano in the region but it’s still worth all the hype it gets. Plus since you can walk around the entire edge of the crator you can get views from practically every angle!

Want to enjoy some other fun New Zealand hikes?

Walking up the trail

Luckily for visitors to Mt Eden there is a paved trail for the majority of the route. You will start at the public bathrooms and car park and gradually walk the windy trail that follows around the volcanic crater to the top of the cone.

Because the trail is paved the entire way it is easily accessible for all visitors including wheelchairs and childrens pushchairs. However since some sections of the trail are steep it is advised to use caution.

There used to be just well-walked trails in the grass for people to reach the top of the cone but there is now an official boardwalk.

Some of the ground next to the edge of the crater is dangerous and could crumble so don’t stand near the edge!

Make sure to read up on the dangers of hiking so you know how to stay safe!

In 2021 there were some new restoration projects put into place to preserve and care for the plant life found in the area. They created a boardwalk that allows people to walk to the summit without actually stepping on the grass.

The boardwalk was engineered in a way that when the boardwalk is taken apart it won’t have left any lasting damage. It will be as though it was never there. This is exactly what I love to see. Sustainability is so important!

The boardwalk connects from the main paved trail up the bumpy grass hill. There are quite a few stairs so if you are less physically able this could be deemed challenging.

Once you reach the top of the boardwalk you’ll be at the summit. You’ll be standing on the flat platform that now allows you to see all of Auckland.

Most people only climb to the Mt Eden summit because they want to see the views it has to offer. Well, once you’ve sucessfully made it to the top you’ll be rewarded with views in all directions. The most iconic and well-loved of the views that you can see in one direction are:

Want some more volcano hiking inspiration from around the world? Check these out:

As you probably already know Mt Eden is not just an ordinary hill, it’s actually the largest extinct volcano by height in the city of Auckland.

Mt Eden also has a unique feature that you may have noticed. It has a large crater in the middle! It’s not safe or advised to walk inside the crater so there are fences along the trail to keep people safe.

Previously thelocation of three scoria volcanic cones, these distint shaped quickly disappeared after a more recent eruption changed the shape of the earth. 15,000 years ago Mt Eden’s one volcanic cone in its more current form took the place of the previous three.

Volcanic activity is nothing new to New Zealanders as they are situated right on a fault line. This means they have a very high risk of earthquakes, tsunamis and volcanic activity any time the tectonic plates move beneath the ocean.

Much of the north island is covered in different volcanic zones with the largest being the Taupo Volcanic Zone. This is also the most active.

I actually lived in Auckland with a lease at the time we walked to the Mt Eden summit so I don’t have personal recommendations of accommodation.

If you are after a sociable hostel for a place to stay then take a look on Hostelworld. They have the largest collection of hostels worldwide!

Luckily for visitors to the city, Auckland is relatively small so it’s easy to get around and they have a great transport system. This means if you stay in the downtown hub, you’ll easily be able to access everywhere you want to go.

Spending some time in the Auckland region? Why not take a look at some of the most popular day trips from Auckland.

Brits can spend up to 23 months on a working holiday visa in New Zealand. Take a look at how you can apply for your own visa to work and travel this magnificent country! 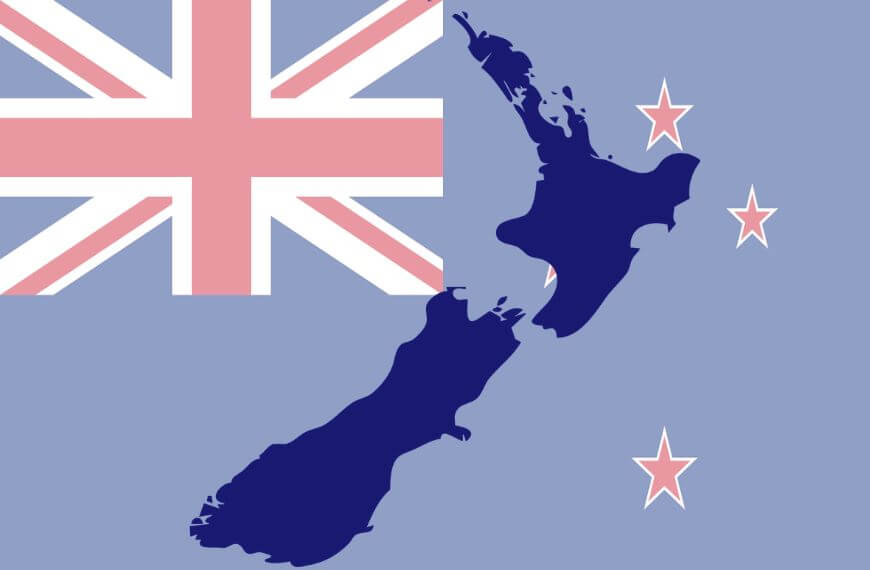 Before you embark on your pacific gap year, let’s take a look at the pros and cons of living in New Zealand for your time abroad. 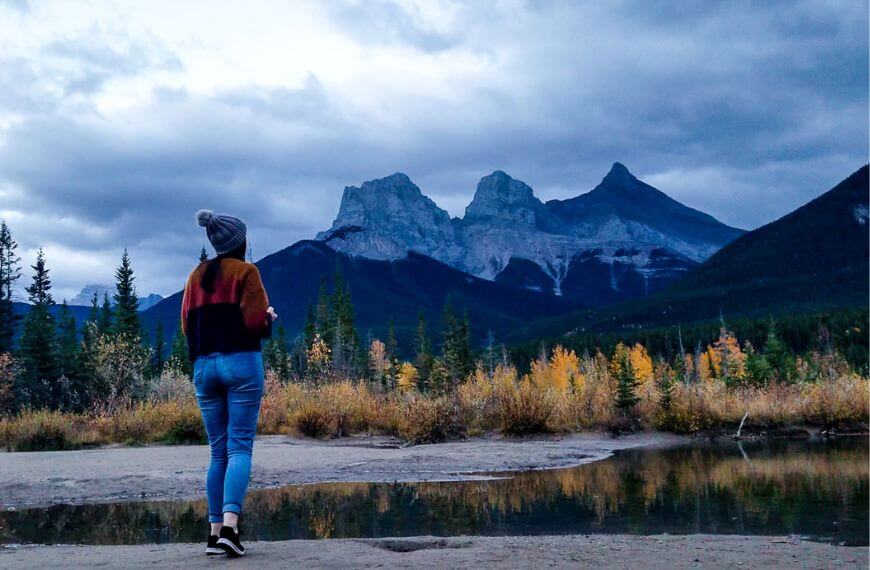 There are many places to see the Three Sisters in Canmore, but I want to show you how to find the best viewpoint with minimal effort 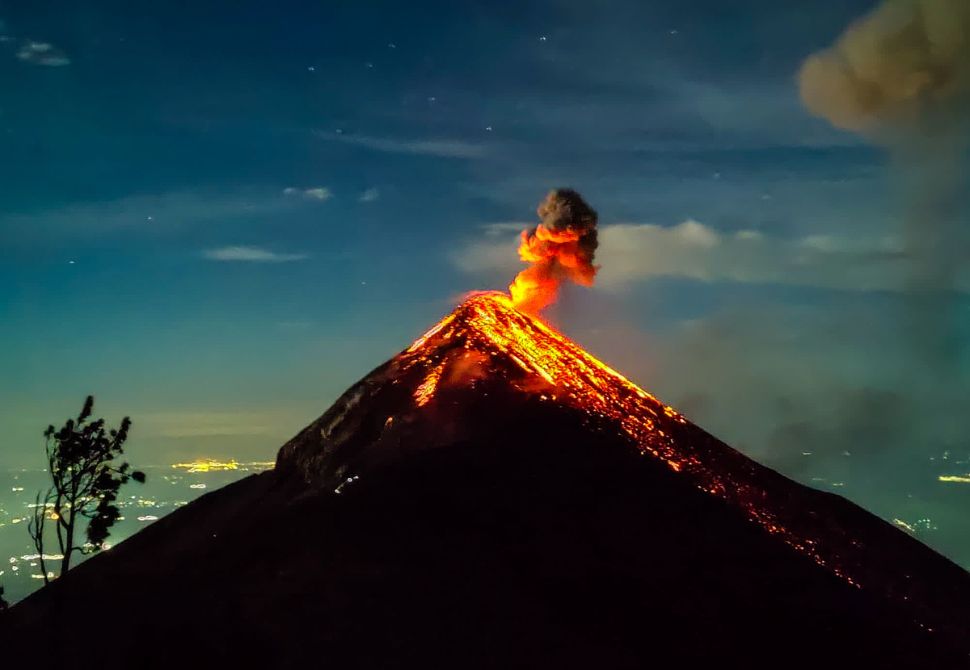 The Acatenango volcano hike in Guatemala is one of the nations favourite. For those visiting and want a challenge, this is a real thigh burner! 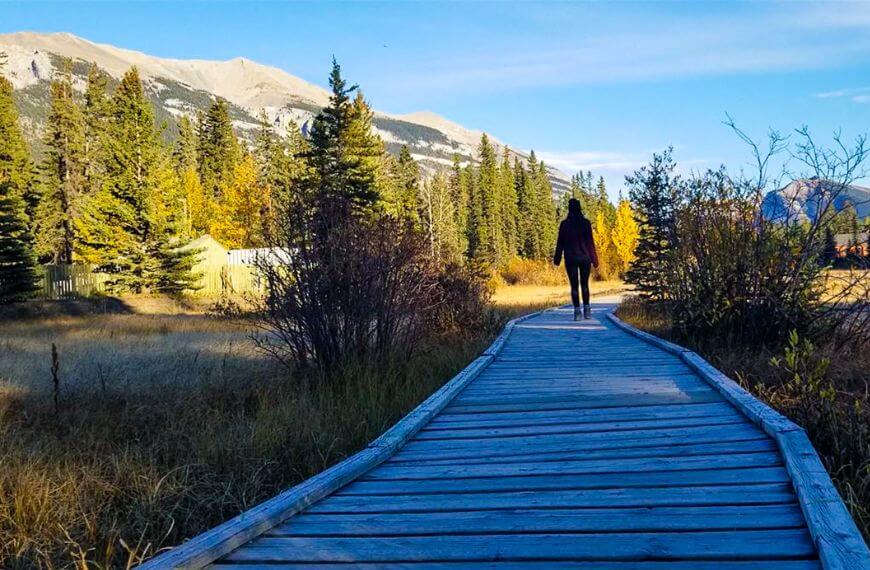 Here are my favourite 10 hikes in Canmore you can walk to from the centre of town. You need to check these out!

The sunrise pinnacles hike in New Zealand’s coromandel is possibly the best sunrise you’ll see. Here’s what to expect: 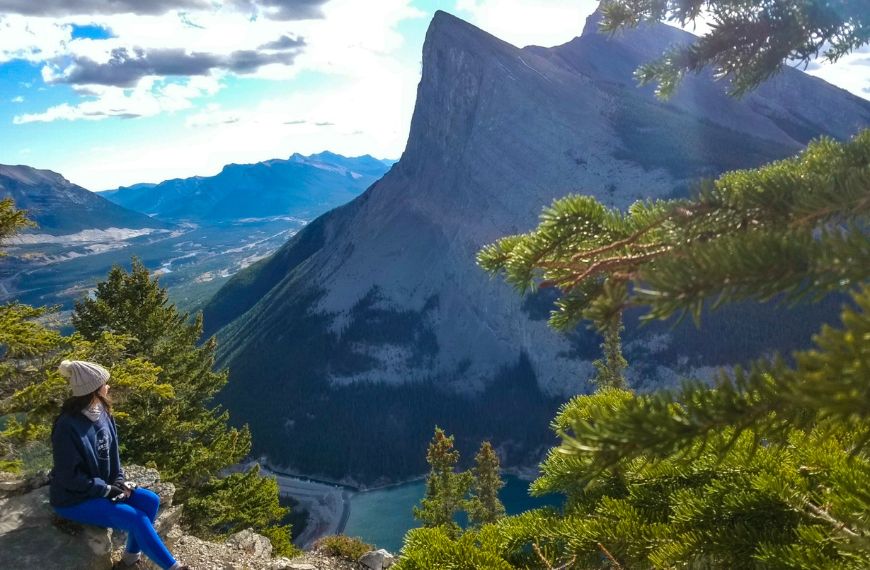 The EEOR hike in Alberta is one of my all time favourites. Check it out! 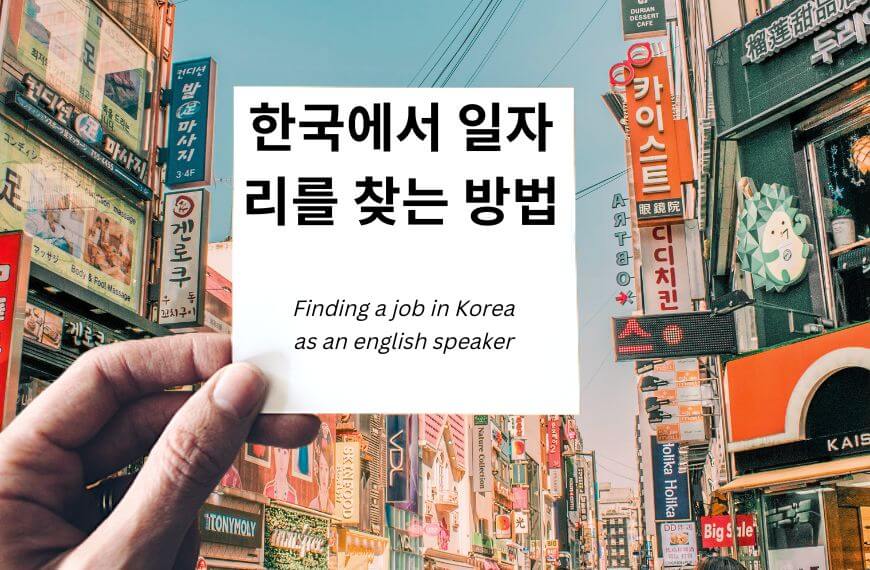 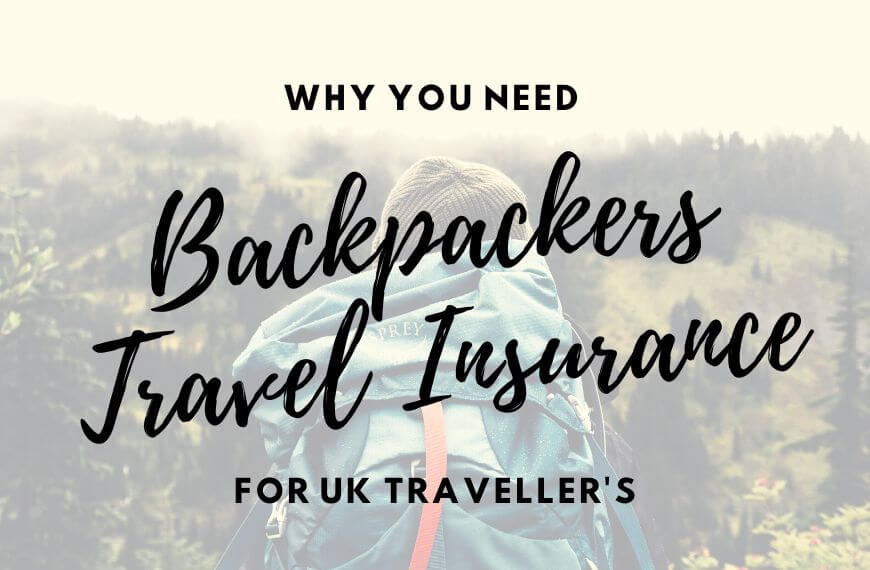 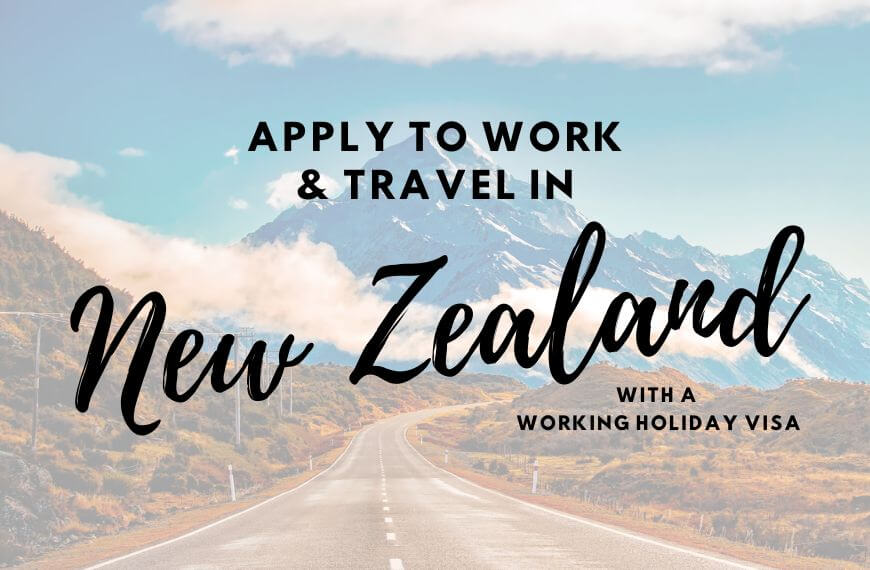 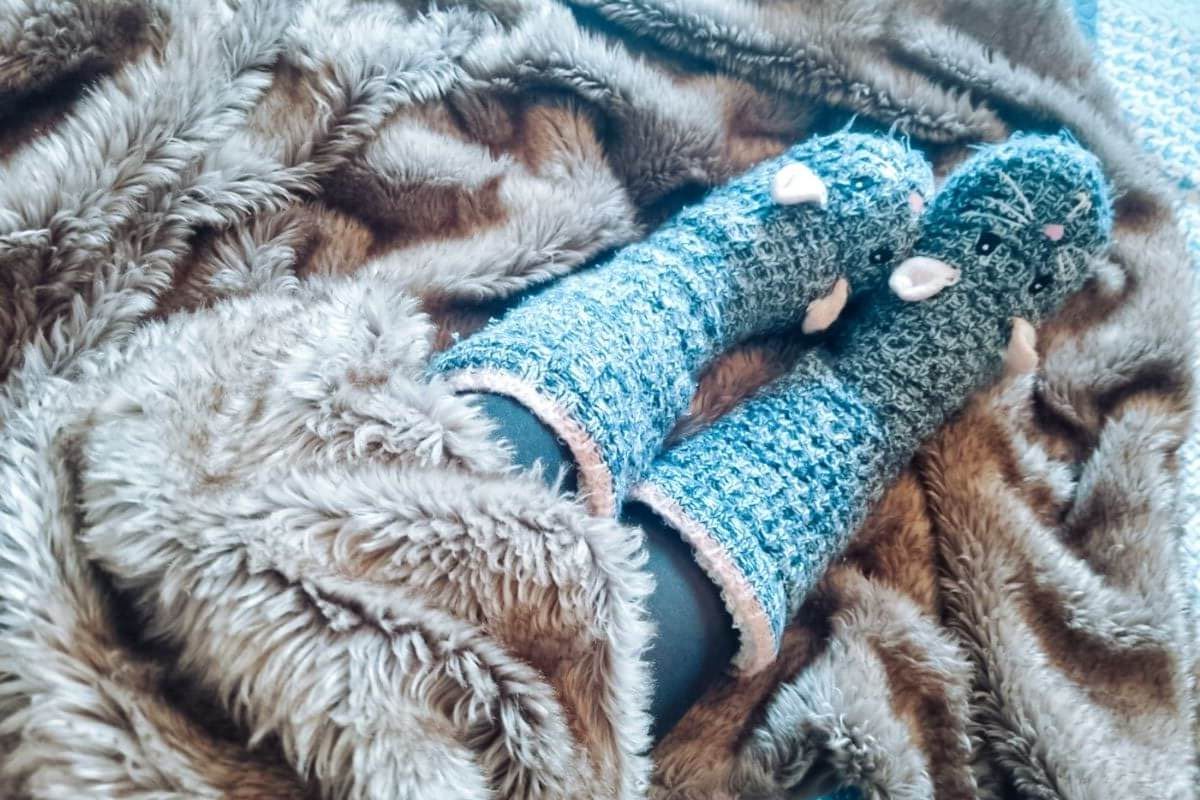 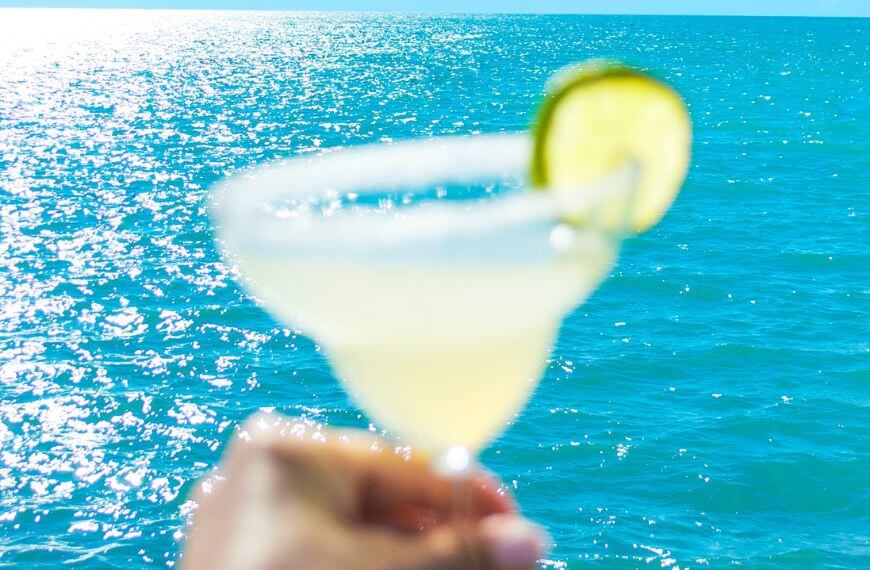